The silversmiths Walker & Hall were a very successful & manufacturing firm based in Sheffield, Yorkshire in England. Sheffield was a place in England renown for its steel making & it follows that Walker & Hall also specialized in electro-plating & gilding too. The company was established in 1845 & was believed to have been known as Walker and Co. (of Sheffield). By 1894 this large concern was known to have around 1,500 employees. When electroplating was invented in 1843 Henry Hall financed George Walker. Walker & Hall stated that it was their firm that electroplated ‘the first useful articles’ in Britain.

END_OF_DOCUMENT_TOKEN_TO_BE_REPLACED

The luxury brand Garrard & Co. Limited, formerly Asprey & Garrard Ltd., is headquartered at Albemarle Street in Mayfair, London. Garrard was the first official Crown Jeweller charged with the upkeep of the British Crown Jewels, from 1843 to 2007. Garrard & Co. created and cared for many tiaras and jewels adorning members of the British royal family we see today. Some of the world’s most famous sporting trophies were created by Garrard’s team of superb jewellers. These include the Americas Cup and the ICC Cricket World Cup Trophy. The company that was to become Garrard was founded by George Wickes (1689-1761). He entered his mark in the Goldsmiths' Hall in 1722. In the same year he set up business in Threadneedle Street, London.  In 1735 the company moved to Panton Street, London. It was listed as a goldsmith and supplier of jewellery and luxurious curios to royalty and the nobility.

George Wickes was a very accomplished silversmith. He became famous for his elaborate work in the rococo style. His superb skill and attention to detail gained him the patronage of Frederick, Prince of Wales. Just prior to Wickes’ retirement his two apprentices, John Parker and Edward Wakelin purchased the company (1760).

In 1776 John Wakelin and William Taylor are said to have replaced John Parker & Edward Wakelin. They both steered the business to newer heights until the death of Taylor. In 1792  Robert Garrard became a partner in the business. By 1802 Garrard was in control of the company. His sons Robert Garrard II, James and Sebastian all followed in their father’s footsteps becoming vital members of the team. The registered names of this enterprise changed to reflect their involvement. The company traded as R., J., & S. Garrard or Robert Garrard & Brothers until James' retirement in 1835. In 1834 Queen Victoria appointed Garrard to the position of Crown Jewellers. For more than 160 years Garrard & Co held this responsibility.

Prince Albert oversaw the design & creation of the tiara above. The Oriental Circlet c.1853 was one of many Garrard & Co. royal commissions. 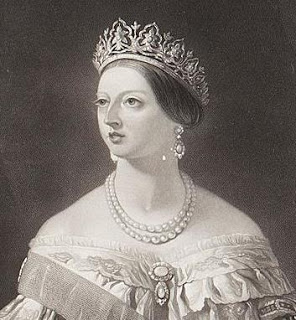 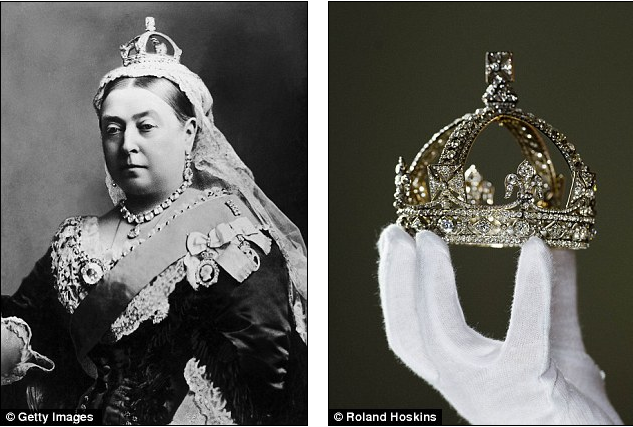 This portrait above shows Queen Victoria in 1870 wearing the small diamond crown which was especially made by Garrards for Queen Victoria’s Diamond Jubilee.

The company name of Garrard & Company Ltd was registered in 1909. In 1911 the company relocated to the highly prestigious location of Albemarle  Street, Mayfair,  London.

Garrards has dealt with many famous jewels.

For example the Cullinan diamonds, and have created such pieces as the Imperial Crown of India, Queen Mary’s Crown for her coronation, and the Queen Elizabeth’s Crown in 1937.

The company name of Garrard & Company Ltd was registered in 1909.

In 1911 the company relocated to the highly prestigious location of Albemarle Street, Mayfair,  London.

Splendid Garrard & Co. creations continued to be crafted throughout the 20th century.

The vanity shown below is a Garrard & Co. luxury accessory. An exceptionally rare Garrard & Co fully hallmarked sterling silver and guilloche enamel powder compact. This divine mid-century vanity was crafted by one of the most prestigious British jewellers in 1959.