The founder of what would become the Kirby Beard Company was William Cowther. He established this business in 1743. His son, Richard, succeeded his father & went into partnership with Robert Kirby. Mr Kirby was well connected & became the Sheriff of London in 1816. By 1820 two further partners George Beard & William Tovey joined the firm. Mr Tovey was responsible for regional sales.


By 1840 the firm was known as Kirby, Beard and Company. They were the longest established & most successful pin making concern in Gloucester. In 1853 George Beard was living in a substantial house in Solihull, named Hillfield Hall.The residence was served by one butler & six other servants.


Probably the most important surviving industrial site in Gloucester, England, was the pin manufacturing premises of Cowther, Kirby, Beard and Tovey known as Kirby Beard. In this region of England the pin industry has been documented from the late sixteenth century until well into the 19th century.


In 1853 Kirby Beard & Co moved from Gloucester to Birmingham. They proceeded to buy out other pin companies but the name remained the same until the middle of the twentieth century. In the United Kingdom this company is still well known for the ‘Kirbygrip’ hair slide. During WWII their London offices & the factory in Birmingham were destroyed by bombs. Sadly historical records of their earliest days in Gloucester were also destroyed at this time.

However, it is known that the company made pins in Gloucester from 1743. The firm introduced modern methods to power their machines - steam engines were used for wire ‘drawing and pointing’. An American man called Seth Hunt had designed an automatic pin machine in 1817 & one year later Kirby Beard bought the rights to this device. Another American, Lemuel Wright was paid by the KB Co to develop this machine but subsequently he left their employ in 1824 & patented his own machine. He then allowed other companies licence to use it.

Factory Acts passed by Parliament to reduce the working hours of women & children diminished the workforce, as did the Cholera epidemics of 1833 & 1847. The push for mechanisation had obvious benefits. It did not happen suddenly. Elsewhere in England water power was used in factories but this was not available in Gloucester & so steam power was the only alternative to hand made goods.


This highly successful enterprise became the maker of prestigious pieces of jewellery. The wealthy would seek out the name Kirby Beard as a supplier of luxury accessories and high jewellery. This was a British success story that spread to other parts of the world too. 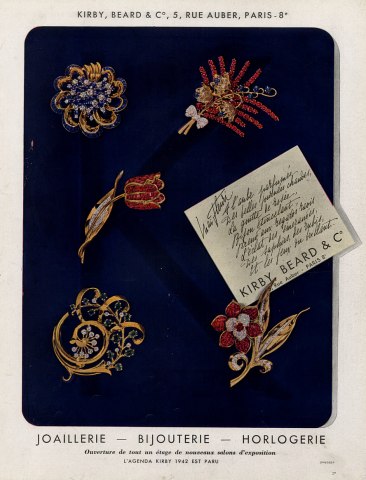 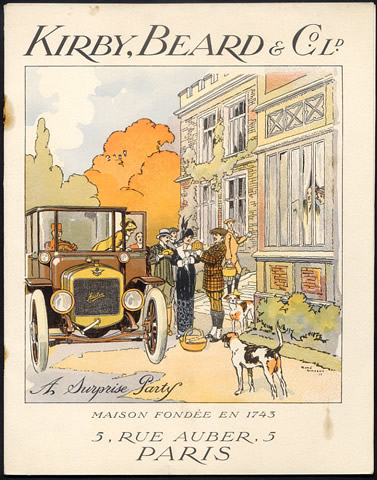 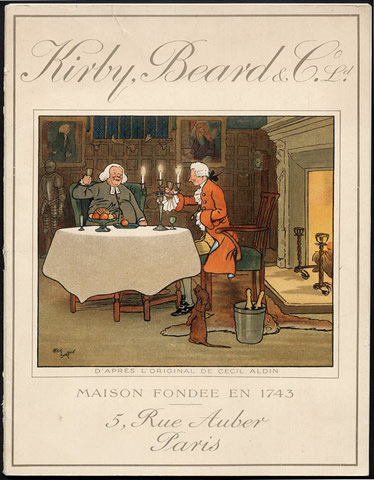 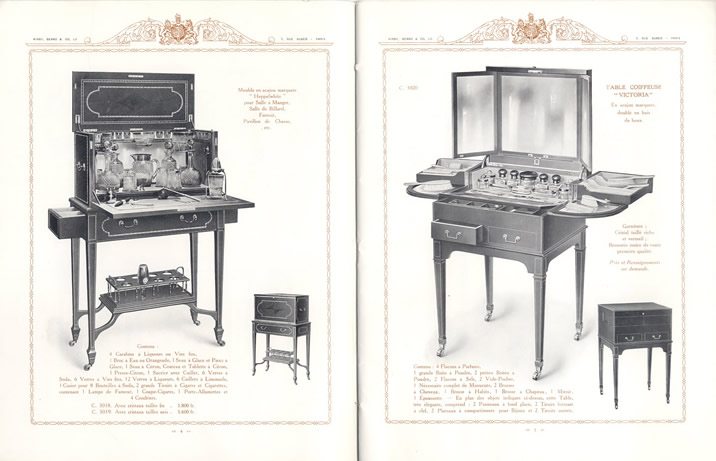 FROM THE KIRBY BEARD & CO. CATALOGUE 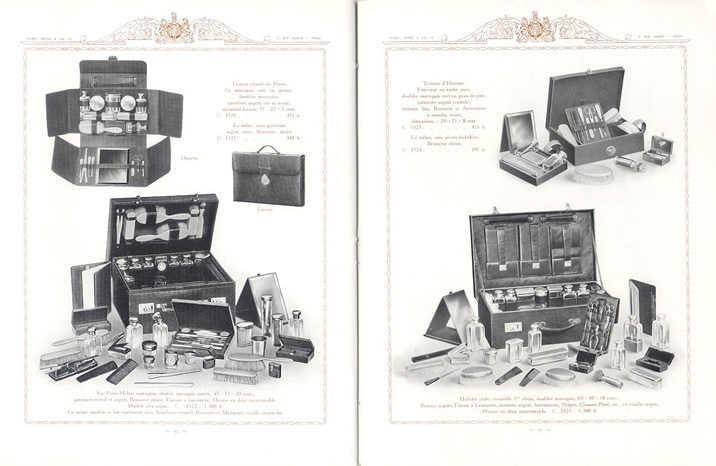 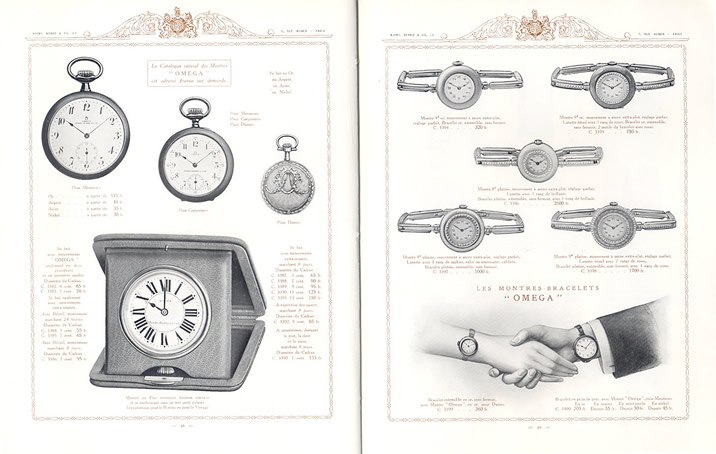 Luxurious timepieces for the well heeled illustrated by Cecil Aldin. 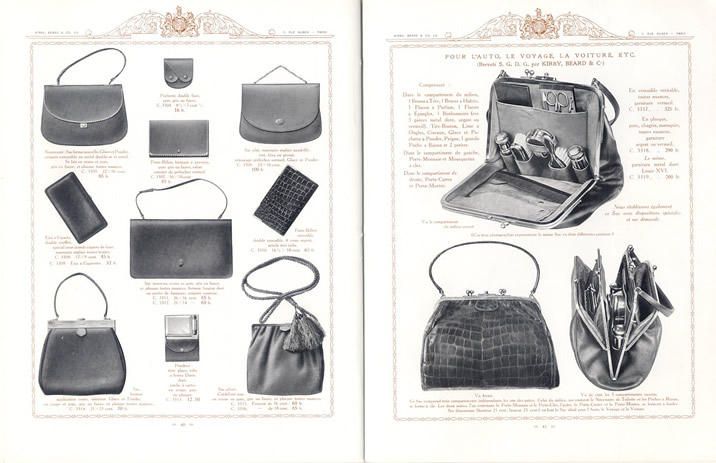 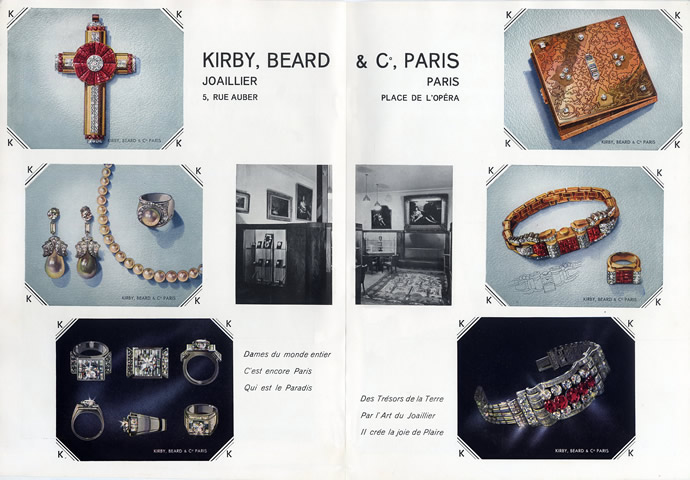 The advertisement gives us a glimpse of the interior. Glass fronted wooden cases house the most fabulous creations fashioned from solid gold, silver, platinum, rubies and diamonds. On the walls of the showroom hang oil paintings. 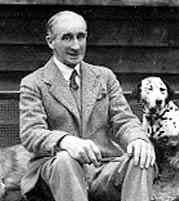 Cecil Charles Windsor Aldin was born in Slough, England, on 28th April 1870. He was educated at Solihull Grammar School & Eastbourne College. He started to draw & paint at a very young age, as his father was an ameutur artist. By trade his father was a builder. Aldin was careful and meticulous. He studied the anatomy of animals at the National Art Training School in South Kensington. Keen to improve his art he attended a summer school run by the teacher & animal painter William Frank Calderton in Sussex. Unfortunately whilst here he became ill with rheumatic fever & he had to leave.


By now his art was good enough for it to be quite appealing and he was able to sell it. His first reported sale was to The Building News (possibly his father had something to do with this sale) in 1890. This was followed by a picture of a dog show sold to The Graphic in 1891. He became famous for his painting & sketches of animals & sporting rural life.


In 1892 he was successful enough to rent a studio in Chelsea. Regular work came in from The Illustrated London News, Kirby Beard & Co., Cadburys advertising & publishers wishing to use his illustrations - a noted example being Rudyard Kipling’s The Second Jungle Book.


He & other artists founded The London Sketch Club.


He also joined The Chelsea Arts Club & held his first exhibition in Paris in 1908. A year later his work received much acclaim after a very successful exhibition in Paris.  He moved to Henley so that he could take part in sporting activities. He was an excellent horse man who was the Master of the South Berkshire Hunt. These rural activities inspired his art as you can see from the painting on the next page.

At the outbreak of WWI Aldin was the Master of the South Berkshire Foxhounds.


So sad for the poor horses (& men too). There was such a need for these poor creatures in WWI that Cecil Aldin had to give up his own horses too.


No only did he lose his horses & friends in the war but also his son, Dudley. Dudley died at


This had a deep & lasting effect on Cecil Aldin, as you would imagine.


After the end of the war he settled down to rural life often being involved in dog & pony shows.

He was noted for his beautiful animal portraits & was a fine painter of buildings too. In 1930 he retired to the Balearic Islands as his arthritis caused him much discomfort. However, in 1935 en route back to Britain he suffered a heart attack. He was rushed to hospital but could not be saved.


However, his exquisite illustrations for The Kirby Beard Company & fine paintings remain. 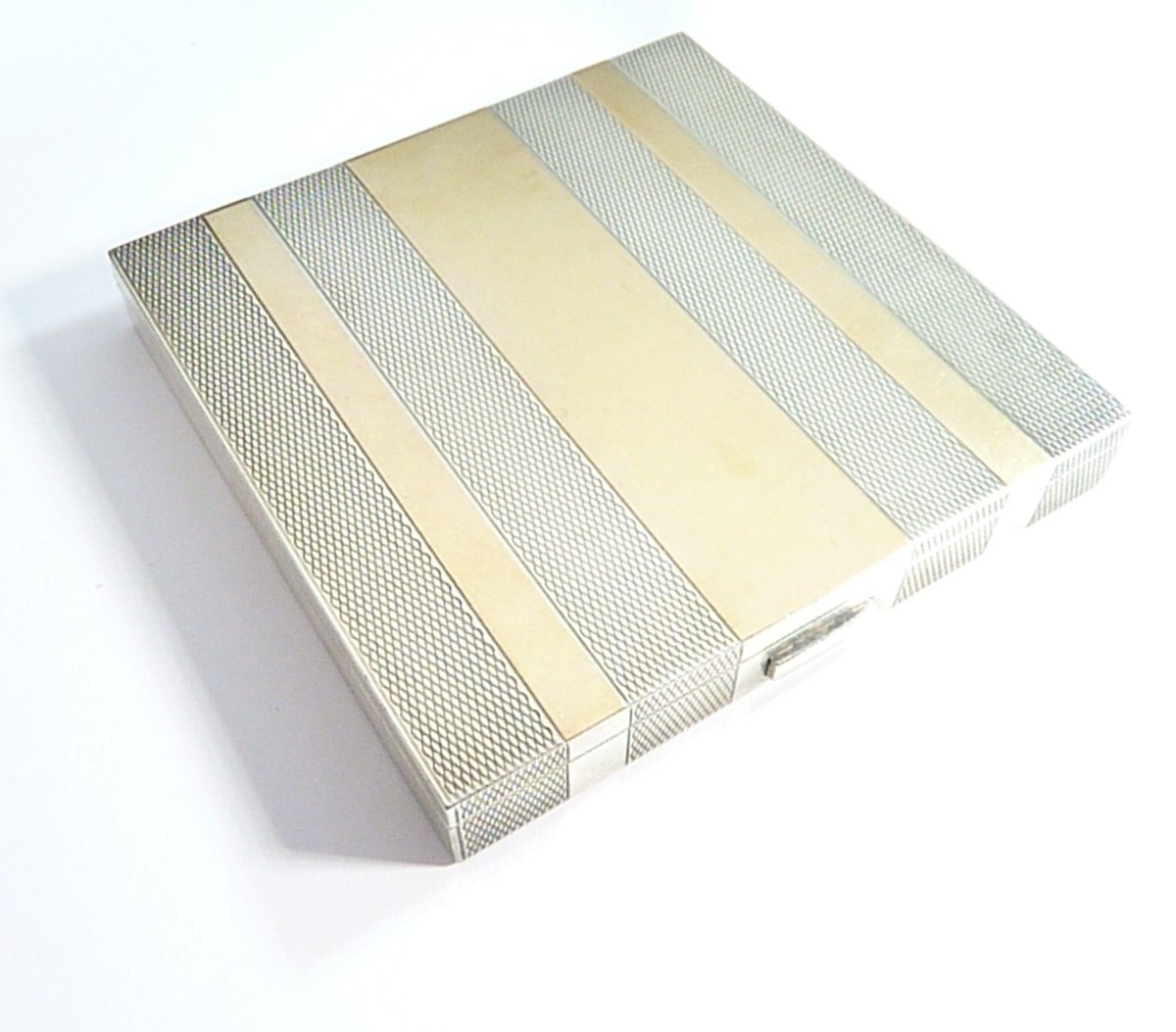 
This luxury vanity is extremely rare. It was crafted in Paris for one of the most prestigious makers in the world. Kirby Beard & Co. commissioned this piece in the 1930s at the height of the Art Deco era. The compact is hallmarked on the mirror bezel and in two places in the powder well. 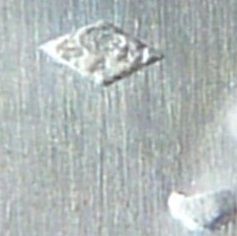 The lid has an engine turned design in the form of tiny diamond shapes with three gold plated panels which make for such a striking Art Deco vanity. Such a bonus that the original protective carry case is included as they are very rare to find.  All clasps & hinges work perfectly. The sifter is in place too and so this rare French ultra vanity can be used with loose face powder or as a handbag mirror. The base matches the lid - engine turned & smooth silver panels. Push the thumb catch & the spring loaded catch ensures the case glides open to reveal a bevelled mirror with a hallmarked sterling silver bezel. The mirror gives a very good reflection - it has a quite few age related marks but so much better that it is authentic than a replacement, especially if you happen to be a collector.