The photograph above shows the magnificent facade of the premises occupied by the esteemed gold and silversmith S J Rose. The huge windows were essential to allow the maximum natural light into the building. The craftsmen  would have been seated at work benches close to the windows, so that their exquisite creations could be crafted with as much attention to detail as possible.

In 1958 S J Rose & Sons Ltd. purchased Cohen & Charles. Albert Cohen and Charles Solomon were highly respected manufacturing jewellers who were the sole representatives for the Parisian firm Baudet Freres & Cie in Great Britain and the colonies. Some time after this takeover we see the mark of Cohen & Charles on various sterling silver pieces. It is not known how long this practice continued. The image below shows the mark of Cohen & Charles preceded by the date letter R (1959), lion passant (sterling silver) and Sheffield Assay Office mark (crown). This practice continued into the 1960s and no wonder. The addition of the Cohen & Charles brand to the already prestigious name of S J Rose could only be a good move. 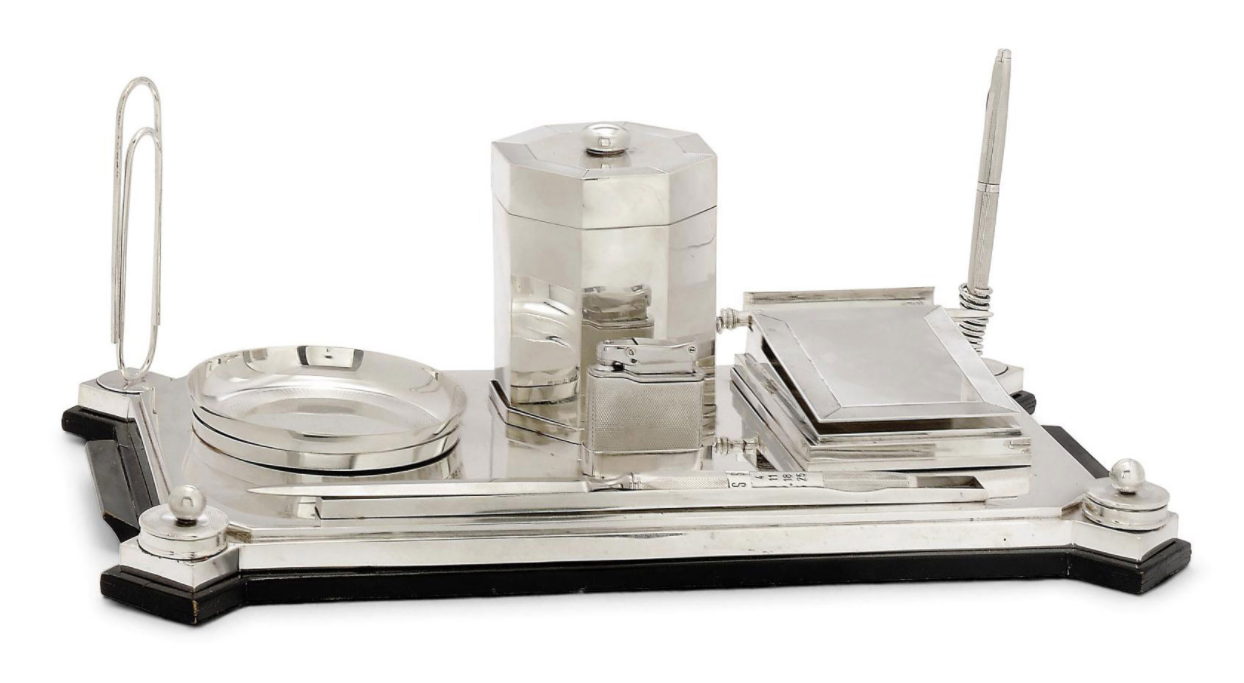 Rectangular with canted projecting corners, the top with octagonal cigarette box, it's interior fitted with lift-up four-section divider, flanked by a notepad with propelling pencil, and an ashtray, a cigarette lighter placed in front, a paper knife with perpetual calendar in handle in front of the lighter bearing English import marks for 1969, at the two front corners small containers for wax seals each with engine-turned pull-off covers with ball finials, at back corners a large paper-clip and a wirework pen-holder with engine-turned biro, the whole mounted on an ebonised wood base. 15 in. (38 cm.) long. 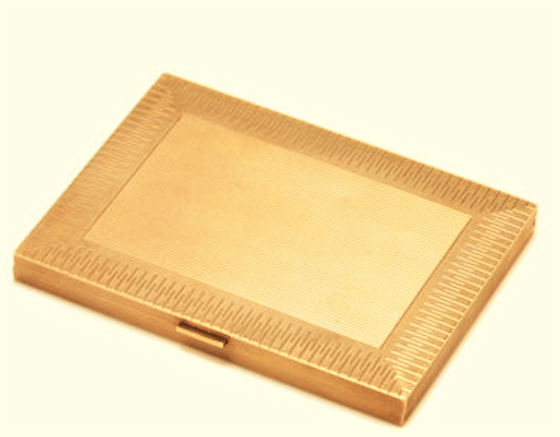 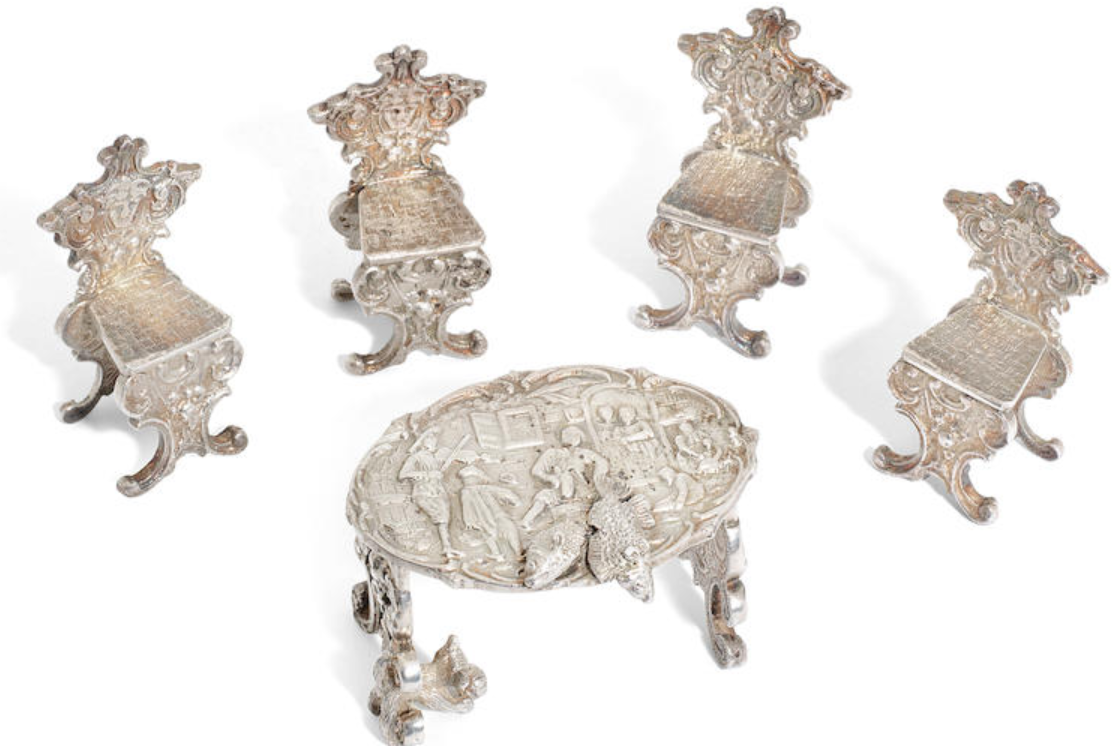 The ornate miniature set is in the style of early 20th century Dutch silver.

A stylish vintage sterling silver cigar cutter with piercer crafted by S J Rose in 1971. The whole piece is crafted from sterling silver by the maker, except for the internal cutting blade which is foreign imported steel, this provides a more durable cutting surface. 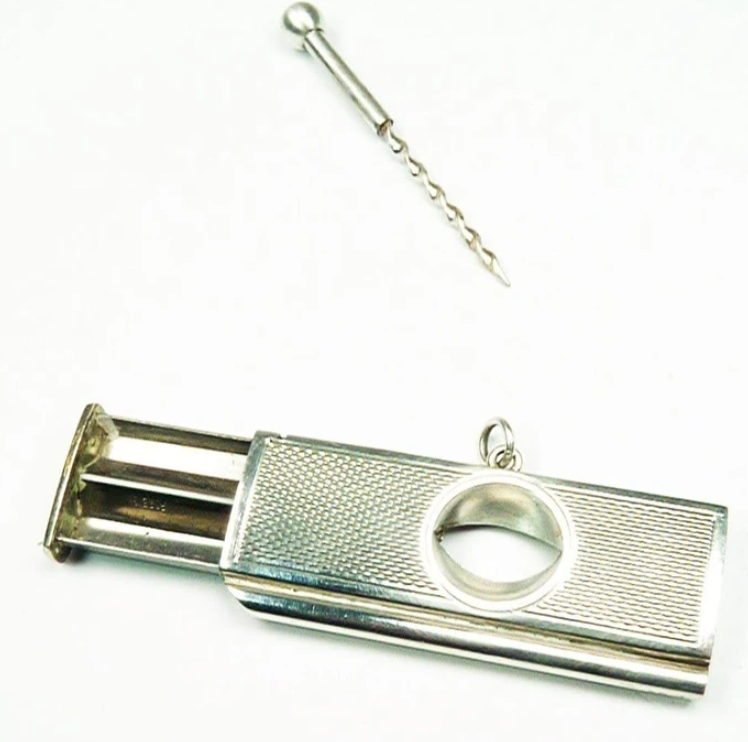 The guillotine cutters offer a straight cut. The double bladed guillotine is preferred in the twenty-first century. Versions fitted with high-grade steel cutting blades are more popular and some feature self-sharpening blades. Others have replaceable blades.

Luxury cigar cutters have been fashioned from precious metals for well over a hundred years.

Guillotine cutters show exactly where the cigar should be placed prior to cutting, unlike cigar scissors, which some enthusiasts say are harder to use.

V-cut mechanisms are more likely to be seen on antique and vintage cutters. These are also known as cat’s eyes. Novices may wonder which is the correct cutting depth and so we have included a brief guide:

Cigar scissors are considered difficult to use at first but once someone has mastered the technique they are an excellent choice.

Cigar punches often have a fob like construction which allows them to be carried on a keyring. A cigar punch would usually be used when the girth of the cigar is too large to use a guillotine style cutter. The punches are not suitable for use with pointed types of cigars.

Cigar piercer - this is probably the least used method, as they make a smaller hole which is considered to contribute to a tight draw which can cause tar to build up at the head of the cigar.

Apart from the splendid pieces created by this firm we have not found much history.

We do know that the company was liquidated in 1993. 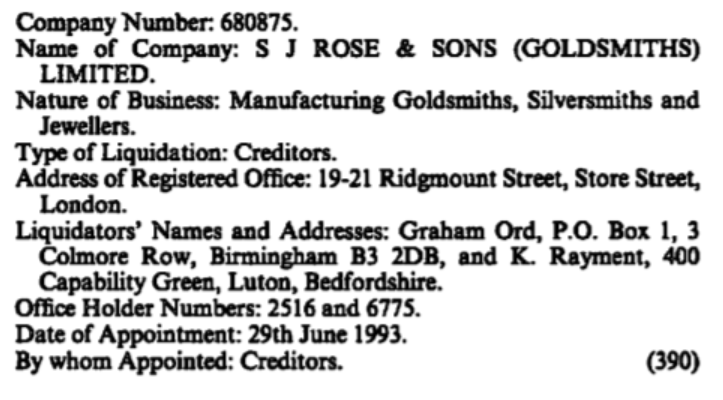