History Of Fred Manshaw Ltd. The Kindertransport And The Bleeding Heart Yard Legend

It is impossible to look at the photograph of Manfred Durst on the identity document provided to him by His Majesty’s Government in the United Kingdom without feeling sad for all the casualties of WWII.  Manfred was one of the children who arrived in Great Britain as part of the Kindertransport humanitarian rescue programme.

Approximately 10,000 children were saved from Nazi persecution by the British Government’s participation in the Kindertransport rescue. This was just one of the measures put in place after the dreadful events of  Kristallnacht.

As you can imagine the Nazis did not make this process easy for the organisers. The Nazi Party would not permit evacuees to interfere with the military activities in German ports and so most of the children were evacuated from Germany via trains which travelled to the Netherlands. The children and the organisers then travelled from the Netherlands to Great Britain by ferry. These journeys usually began at the Hook of Holland, near Rotterdam. The ferries docked at Harwich, Essex. Often this journey would be completed by train to Liverpool Street station in London.

The first Kindertransport was organised by Florence Nankivell. After a week of almost never ending work, during which time the Berlin police were most unhelpful, she managed to rescue 196 children. On 1 December 1938 the train transporting the children left Berlin. The children and their carers arrived in Harwich on 2 December. Most of the children had been orphaned. Their ‘home’ had been a Berlin orphanage, which the Nazis subsequently decided to burn down! The other children were originally from Hamburg.

The Kindertransport also evacuated children from Vienna. The first train left Vienna on 10 December 1938. Approximately 600 children were on the train. The organisers were led by Mrs. Gertruida Wijsmuller-Meijer, who had been helping to save people from as early as 1933. She travelled to Vienna with the intention of negotiating face to face with Adolf Eichmann. She was denied access to him but she was so relentless that eventually Eichmann suddenly gave her 600 children with the clear intent of overloading her and making transport on such short notice impossible.

Undeterred, Mrs Wijsmuller-Meijer organised safe passage for all 600 of the children. 500 of them travelled to Harwich where they were housed in a holiday camp at Dovercourt. The other 100 children were granted refugee status in the Netherlands.

A young English stockbroker named Nicholas Winton also played a part too. In 1938 he went to Prague to help refugees who had been forced out of Sudetenland. There were so many people that Nicholas decided to focus on saving the children. The team put together by the Winton family and other organisations saved 669 children.

British Home Secretary, Sir Samuel Hoare was advised that issuing documents to groups rather than individuals would speed up the process and therefore save more lives. The children were sponsored by Jewish and non-Jewish organisations, so that they did not become a burden to the British taxpayers. Every child had a guarantee of £50 to finance their eventual repatriation, as everyone assumed that eventually the children would be reunited with their families. Sadly this was not usually the case, as many members of Jewish community perished in the Nazi concentration camps.

The Movement for the Care of Children from Germany, later known as the Refugee Children’s Movement (RCM), sent representatives to Germany and Austria to arrange the safe transportation of the youngsters.

On 25 November the BBC Home Service made an appeal for foster homes for the children.

These were the circumstances in which 14 year old Manfred Durst arrived in England in January 1939. Manfred was placed in the care of a hostel which was located in Kensington, London. He attended Salomon Wolfson School in London NW.

Within two years of his arrival he was apprenticed to a company of diamond mounters in Hatton Garden. Although his first job in the jewellery trade involved running errands and sweeping the floors, Manfred was eager to learn. He worked long hours and after work he attended the Central School of Arts & Crafts.

As with most manufacturing concerns during WWII, the diamond mounters company was given over to war work and by 1942 Manfred was involved in the vital task of servicing R.A.F. technical equipment.

Within a year of the end of WWII he and John Najmann founded Fred Manshaw Ltd. This firm of manufacturing jewellers would go on to provide employment to survivors of Bergen Belsen concentration camp. The partners, company and the jewellery that they crafted were highly regarded. Eventually, the number of staff employed by Fred Manshaw Ltd. rose to several hundred.

In recognition of his goldsmithing and entrepreneurial talents Durst was awarded these highly prestigious positions:

Liveryman of the Worshipful Company of Goldsmiths

Freeman of the City of London 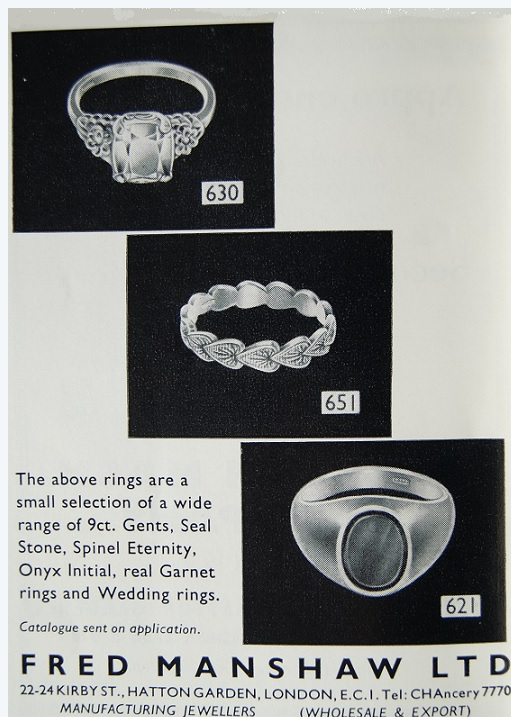 We can see from the catalogue page shown above that the firm was listed as having premises at 22-24 Kirby Street, Hatton Garden, London, E. C. 1. 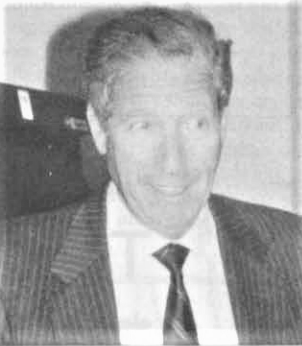 Manfred was far sighted. He tried to warn fellow jewellers about how damaging it would be for the Ratner Group to take over the high street. Some of the jewellers which Fred Manshaw Ltd. had supplied were bought out by the Ratner Group. Durst's predictions were considered to be correct by many people.

In 1990 the Ratner Group of companies owned 50% of the UK jewellery market. In 1991 Gerald Ratner made the now infamous speech referring to the inferior quality of some Ratner gifts and jewellery. His unwise choice of words would go on to cost the Ratner Group an estimated billion dollars.

As well as providing employment for many families, Manfred Durst also supported charitable causes in Britain, Israel and Munich, including children's homes.

After this period in time the private limited company was known as Duna Trading Limited.

Manfred Durst was a director of Duna Trading Limited until June 2020 just prior to his passing on June 7.

His son Michael Bernard Durst is still a director of the firm. Micheal is a chartered accountant.

Phillip Najmann, a relative of his partner, John Najmann, is still a director of this company and currently residing in Switzerland. 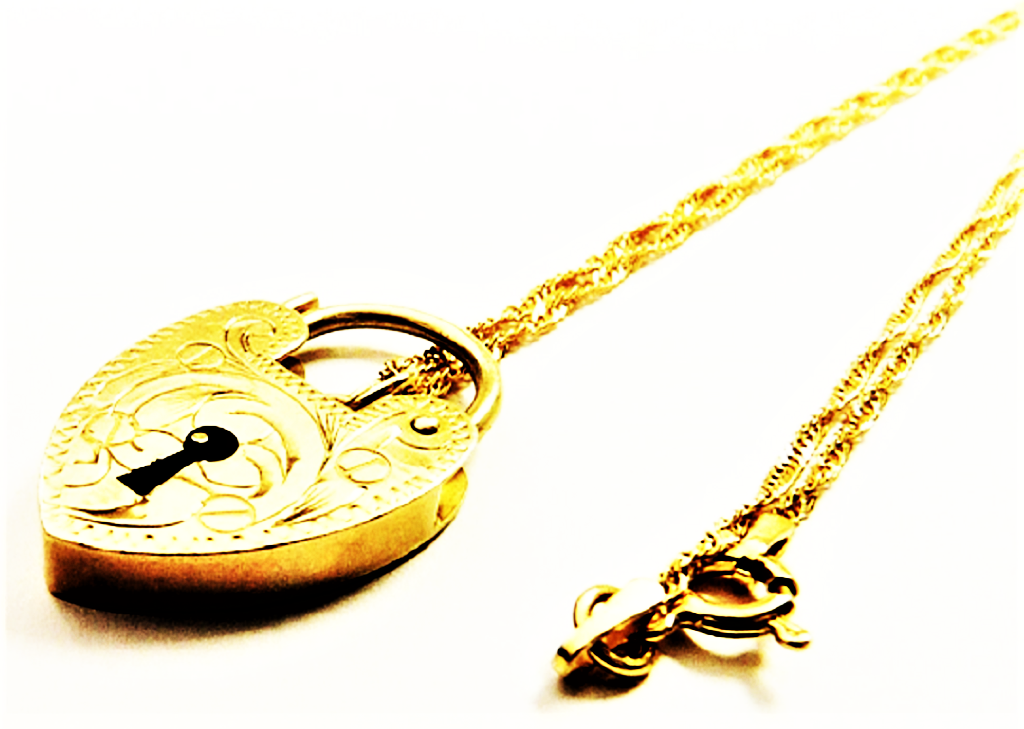 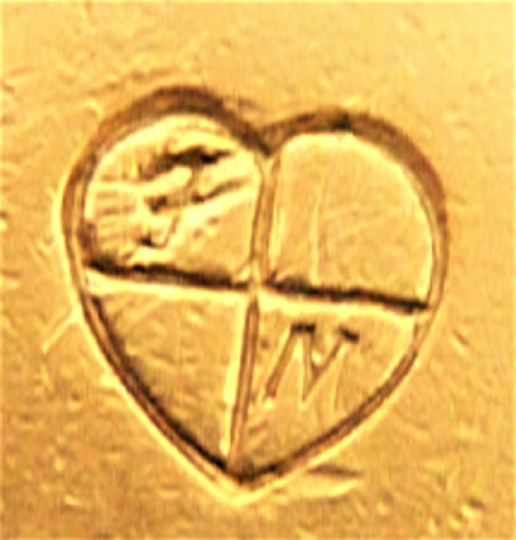 The design of the quartered heart on this maker’s mark is probably a reference to Bleeding Heart Yard.

﻿The Legend of Bleeding Heart Yard

Until the mid 1950s the firm was listed at premises which were located at Bleeding Heart Yard, near Hatton Garden. This area is said to have been named after Lady Elizabeth Hatton was found murdered in the yard. Legend has it that the dismembered body of Lady Hatton was discovered with its heart still beating and bleeding.

Lady Elizabeth was one of many guests hosted at the ball which took place at Hatton House in the mid-seventeenth century. Unfortunately, Lady Elizabeth, left the ballroom with a finely dressed man with whom she had been dancing. It is said that they danced their way out through the doors which led to the garden.

This scandalous behaviour caused quite a sensation, especially when neither of them returned to the ballroom. Why no one was chaperoning Lady Hatton or went outside to see if she was safe is a mystery.

Her body was discovered the next morning in the courtyard of the stables belonging to Hatton Hall.

However, like many legends it is probably untrue and the events are subject to much confusion.

An article found in a Wordpress document named The Cabinet of Dennis Callegari states that the sheer number of ladies with the name of Elizabeth Hatton at this time probably caused this confusion.

One Lady Elizabeth Hatton was the second wife of Sir William Hatton. Sir William was the nephew and heir of Sir Christopher Hatton. After the death of her husband, Lady Elizabeth married Edward Coke. She argued with her second husband and refused to take his name. Even today well known women with a strong characters often attract rumour and innuendo.

Sir Christopher Hatton is said to have been the father of an illegitimate daughter, also named Elizabeth Hatton.

No one knows the truth of the origins which give the name to ﻿Bleeding Heart Yard.

Hatton Garden is an area of London which is especially well known for its jewellery shops and its diamond trade. This reputation was established in the early 19th century. However, this part of London has been associated with the jewellery trade since the Mediaeval era.

The area was named after one of Queen Elizabeth I’s favourites, Sir Christopher Hatton who was born in 1540 at Holdenby in Northamptonshire. He studied law in the Inner Temple.

He came to the Queen’s notice when he was enrolled as one of her bodyguards.

As you can imagine Sir Christopher benefited financially from his favoured position.

In 1577 he was gifted the property known as Ely Place by Queen Elizabeth I.

Since the 1200s Ely Place had been the residence of the senior clergy.

This estate remained in the Hatton family’s possession until the reign of King Charles II. 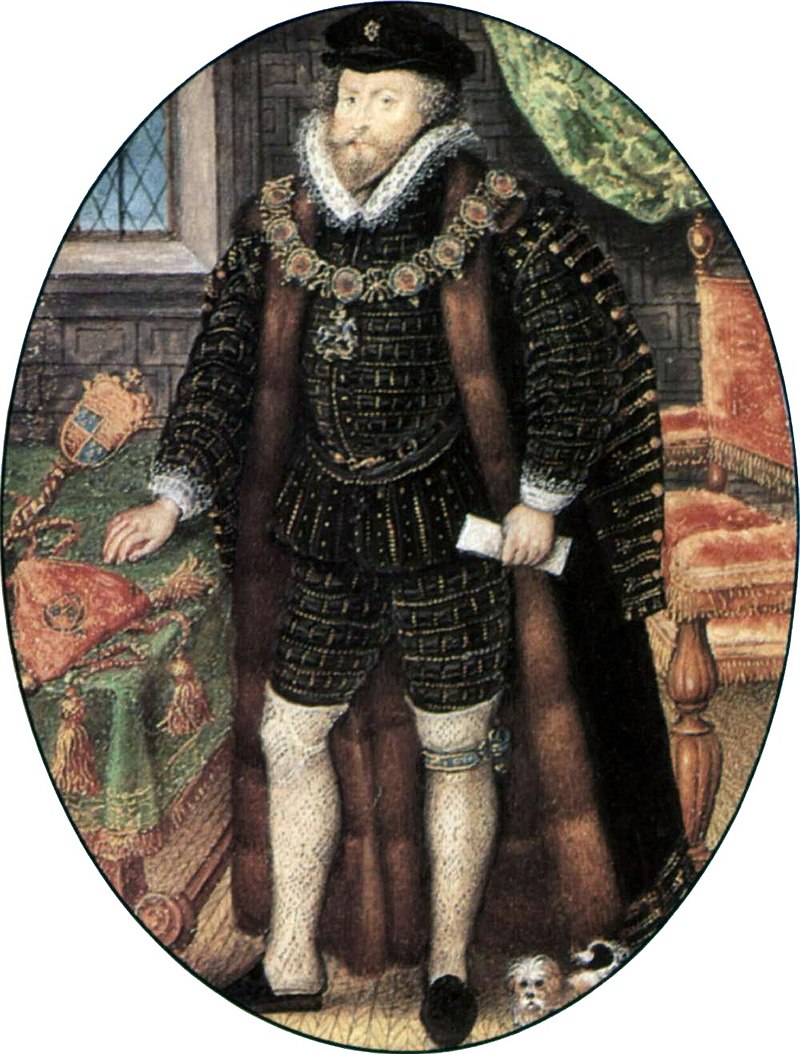 From 1564 to 1587 Hatton was in almost daily attendance upon the Queen.

Queen Elizabeth promoted Sir Christopher to the offices of:

Captain of the Guard

Vice-Chamberlain of the Queen's Household