The highly regarded firm of Fratelli Cacchione is still in business today. Gruppo Cacchione di Oscar Cacchione EC sas is located at Via Guglielmo Silva 22, Milano 20149, Italy. The company was founded in 1889 by Ciro Cacchione in Florence. Their work is of the highest calibre. Commissions from Tiffany & Co. & Cartier resulted in the most spectacular creations. In 1933 they moved to Milan. 1935 was the year that they were granted the 39 MI mark. The firm is a dynasty of five generations of silversmiths. It is run by Oscar Cacchione.

There are few Italian firms that represent la dolce vita more than the silversmith Fratelli Cacchione. The company has produced handmade unique silver & gold pieces since 1889. Cacchione has collaborated with Tiffany and Cartier on commissions which culminate in unique creations for the most discerning, including Princess Diana.

“We’re currently working on some beautiful dishes, fruit bowls, and a candelabra for the royal palace in Qatar,” says Gianni Cacchione, who is the fifth generation of this family to run the firm. The Milan atelier is now the workplace for silversmiths whose fathers and grandfathers trod the same path.

In the 1970s the San Lorenzo brand was established by the company. This highly innovative product range has been exhibited in more than 100 exhibitions, including permanent positions in the V&A Museum, MOMA and Triennale Design Museum. 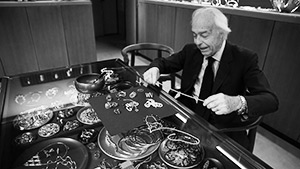 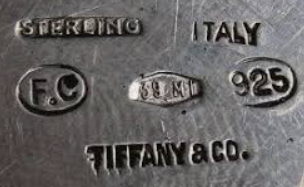 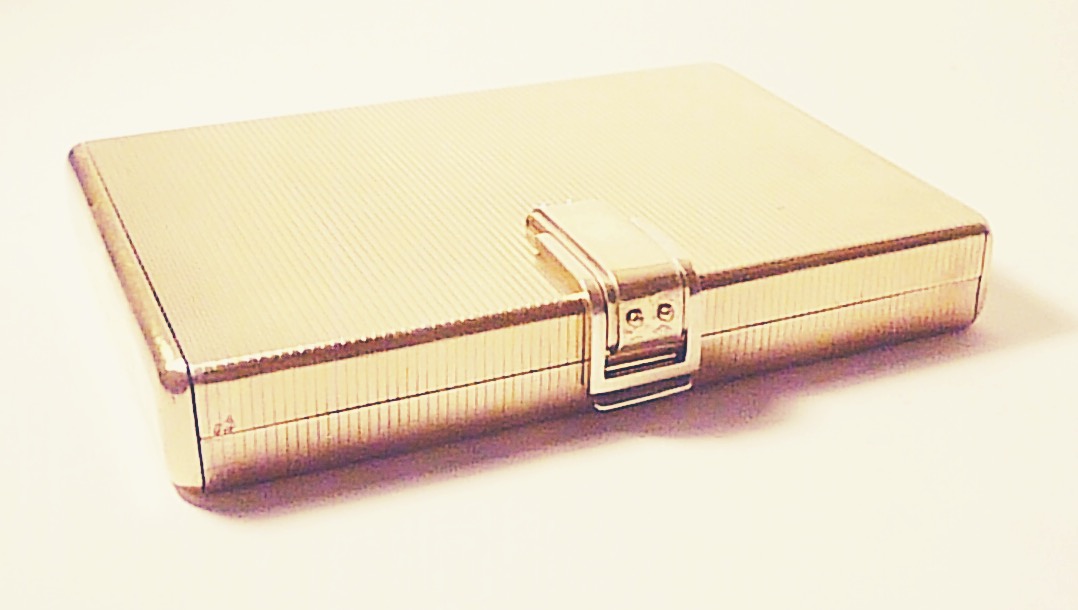 The repoussage scene depicts three gazelle being chased by a lion & two cheetahs. 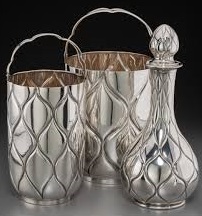 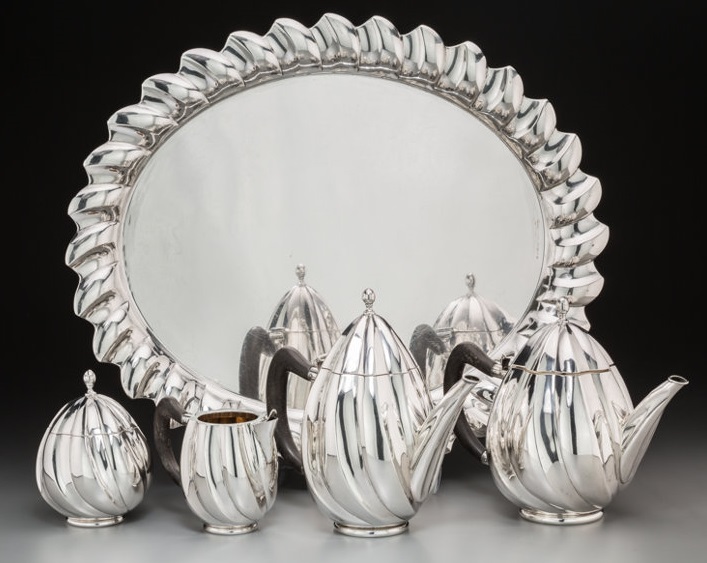 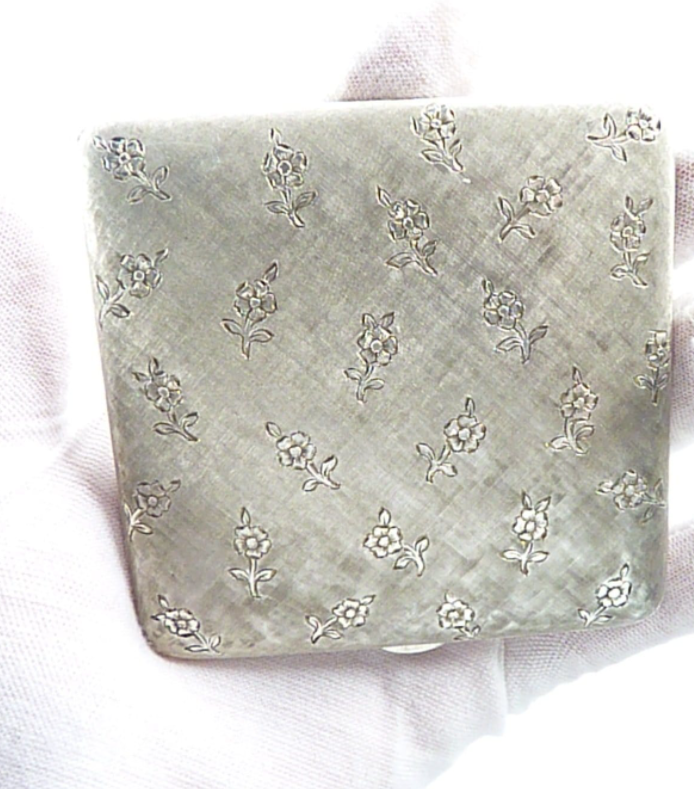 This outstandingly beautiful sterling silver Milan assayed loose powder compact dates to the 1950s. This vanity has a remarkable provenance, as it was part of a collection auctioned on behalf of Countess Maria Carmela Attolico di Adelfia, who was married to 4th Viscount Hambleden (a descendent of the founders of the stationery group, W H Smith).

This is a unique handmade mid-century vanity which does not appear to have been used. The lid and base have the most wonderful etched design adorned with bright-cut floral motifs which gleam as they catch the light. The compact was originally made for use with loose face powder. 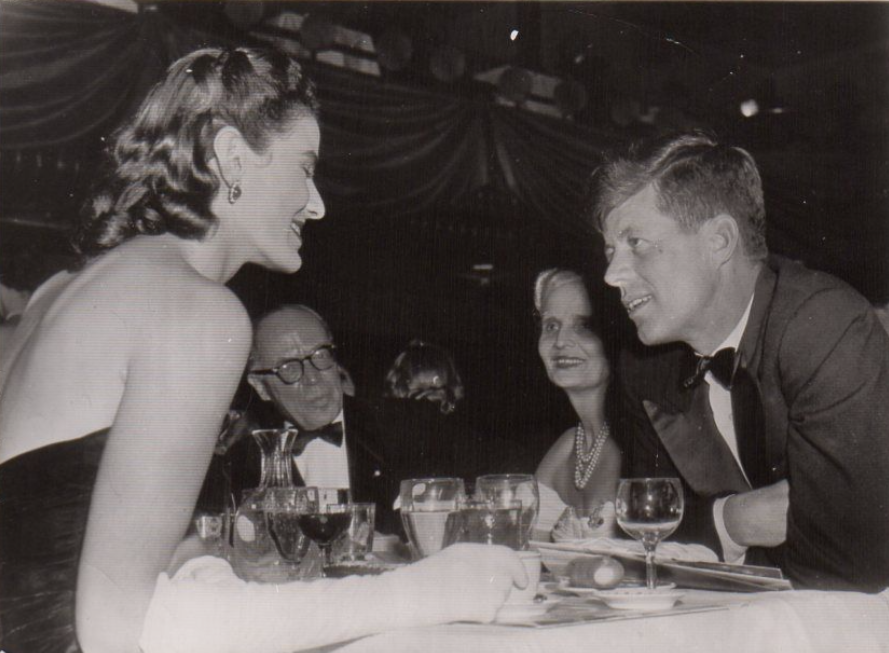 As you can see from the image above Countess Maria Carmela Attolico di Adelfia has experienced a rich and varied life. The photo was taken on January 6, 1953 at the Duchess of Windsor's annual at the Waldorf Astoria hotel in New York. This was after Kennedy had met his future wife Jacqueline, but before they were engaged. The photo was taken shortly after JFK won the election to be a Senator.

By all accounts the countess is a very charming lady and she is held in high regard by the villagers of Hambleden to this day. Every year she holds a Christmas party and all the villagers are invited. 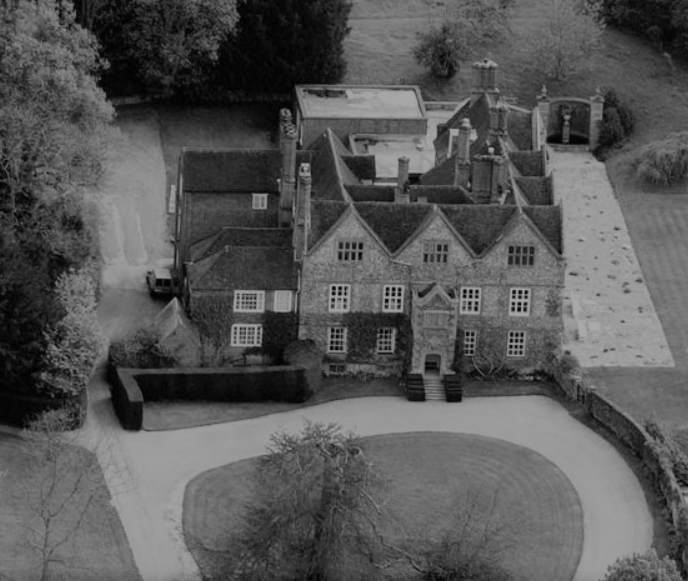 In 1955 Countess Maria married William Smith,  4th Viscount Hambleden (son of 3rd Viscount Hambleden and Patricia née Herbert, a descendant of the Earls of Pembroke and the Vorontsov family). The family business was the well known W H Smiths stationary group until the 1970s. Willam was the great grandson of William Henry Smith, the founder.

On her marriage the countess became known as Lady Hambleden. The couple had five sons, William Henry, who is now the 5th Viscount Hambleden, Bernardo James, Alexander David, Nicolas Robin Bartolomeo and Lorenzo Patrick Harold. They divorced in 1988.

At this point in time William Smith emigrated to America where he lived with his second wife, Lesley Watson. Lady Hambleden continued to live in the manor house. In 2007 William Smith sold off many parts of the family estate. He passed away in Reno, Nevada on August 2 2012 aged 82. His funeral was held on 31 August 2012 at St. Mary the Virgin, Hambleden.

Lady Hambleden first considered selling the manor house after she had a fall but then relented. However, a couple of years later her gardener died and she felt as though she simply could not manage without him nor could she replace him. He had been in her employment for 40 years and he was sadly missed.

An auction held on behalf of Lady Hambleden took place in 2013 at Christie’s. More than a million pounds worth of valuables from the Elizabethan Grade II listed Hambleden Manor were sold at this auction.

Lady Hambleden relocated to a cottage in the centre of the village and says she no longer had room for all her treasured possessions. Lady Hambleden said ‘Everything I owned naturally meant a lot to me because I have been living in the manor for almost 60 years. However, having decided to move to a smaller property, I’ve had to adapt and sadly there was no room for some of these lovely things.’

Lady Hambleden was very pleased with the auction results. The proceeds of the sale were shared with her five sons.

However, the sale turned out to be highly controversial! 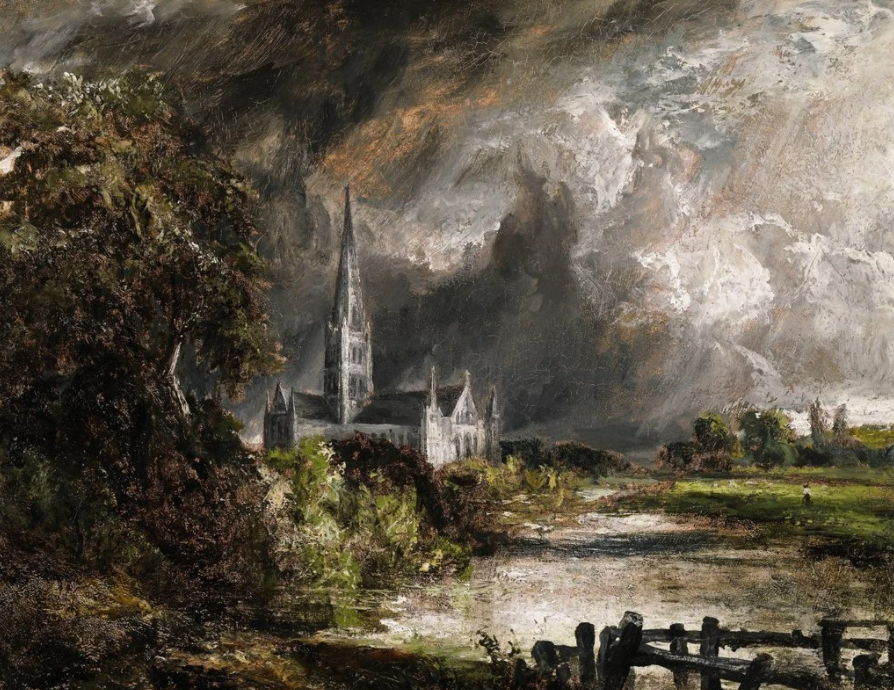 Listed with more than 300 other items was an oil sketch of the painting ‘Salisbury Cathedral From The Meadows,’ one of the best-known works of the great 19th century English landscape painter John Constable. Christie’s listed the work as being that of a follower of John Constable and so it only sold for £3,500.00.

However, the art dealer that purchased the painting believed that it had been painted by the master himself. He took the painting to Constable expert and former Tate Britain curator, Anne Lyles.

Anne Lyles said ‘When I first saw this sketch, newly cleaned, there was just something about the application of the paint, the texture in the sky and the expression of the light and shade — all looked promising.’ In her opinion it is the work of John Constable.

The following January the painting sold for $5.2 million at Sotheby’s in New York.

Christies engaged another Constable scholar, Conal Shields, who stated, 'I could see no sign of Constable’s hand in the work.'

Poor Lady Hambleden! Her graciousness and charm shines through even when faced with these events.

In a telephone interview concerning the Sotheby’s sale, Lady Hambleden remarked - ‘The painting was so black, so sombre and a little nightmarish, with dark clouds and a ghostlike cathedral, I never considered it as important.’

When Lady Hambleden first heard the news she remarked ‘I felt like a fool! I know it’s not my fault, but that was my first feeling.’