Without doubt Dorothy Gray compacts are some of the most collectible & eye-catching. During WWI the Company first appeared & its founder was one of those remarkable women who was a pioneer in the cosmetic business. Although today nobody except compact collectors have heard of this lady in her day she was as well known as Helen Rubinstein or Elizabeth Arden.

Her first notable employment in the cosmetics business was working in Elizabeth Arden’s Fifth Avenue Salon. By 1915 she had been sacked as Elizabeth Arden had found out that she was living with a man to whom she was not married.

Fortunately there was a huge demand in America for beauty treatments and so her business flourished.

In 1922 her Company started to manufacture its own preparations. The laboratory was situated on East Fifty Ninth Street manufacturing face creams. Later on rouge & face powder were added to the list of goods produced & eventually in 1924 her first compact was produced.

1928 Dorothy Gray includes UVA sunscreen in some of their products.

1932 The first Dorothy Gray salon opens on a ship - the Santa Rosa.

Dorothy Gray then changed hands a number of times - 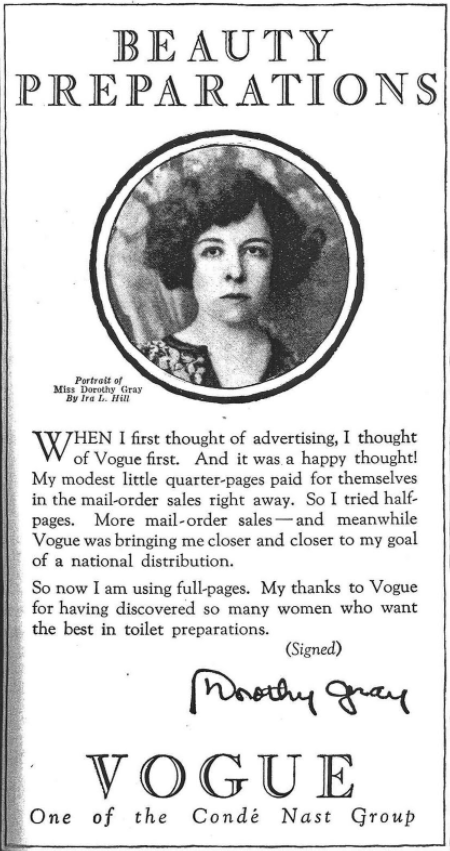 The advertisement shown above shows Dorothy Gray and the signature which can be seen on vanities crafted by this maker. 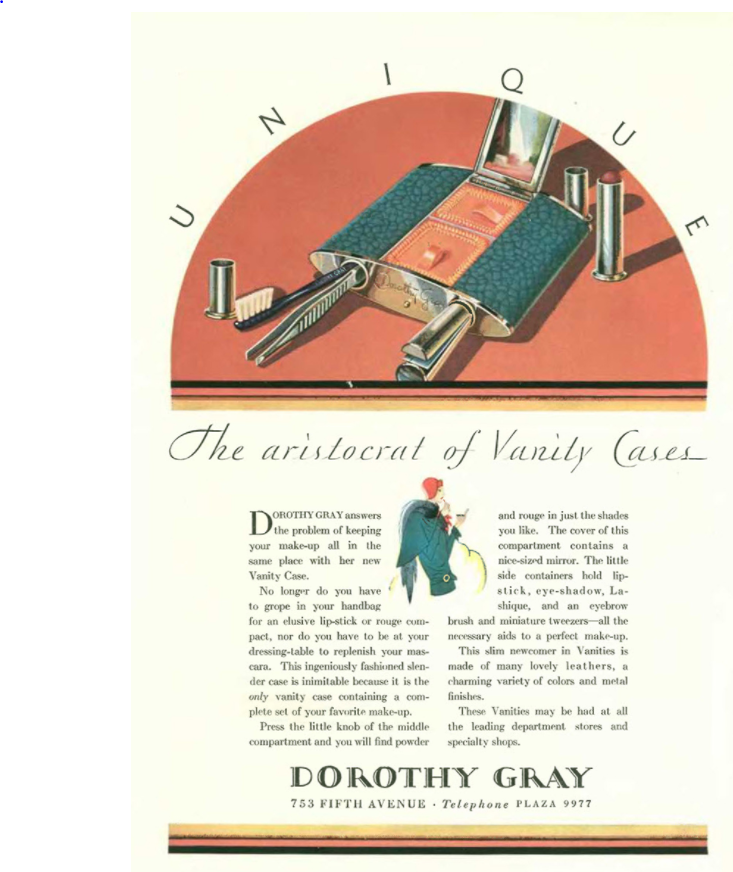 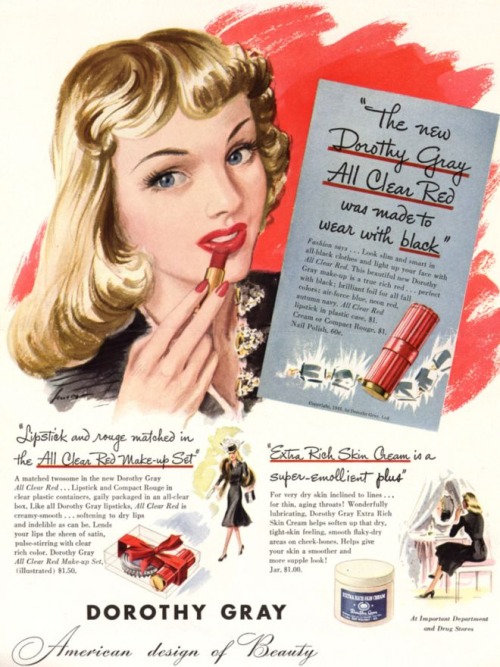 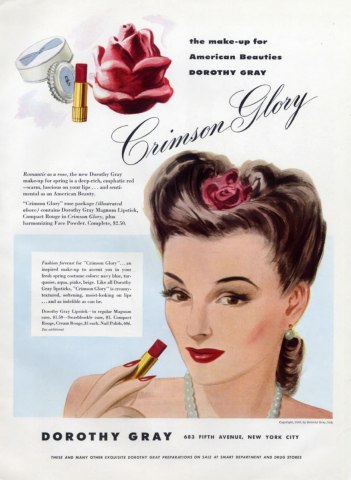