Asprey International Limited is one of Britain’s most well known luxury jewellery chains. The firm has supplied crowns, sceptres and coronets to royal families all over the world. Splendid jewellery, accessories and decorations for the home are sought after by those who wish to acquire items made to uncompromisingly high standards.

Asprey was founded in 1781 by William Asprey. The firm’s flagship store has been located at the current address, New Bond Street, Mayfair, since 1847.

The first Royal Warrant was granted to Asprey by Queen Victoria in 1862.

In 1889 The Prince of Wales (the future Edward VII) granted the second Royal Warrant to Asprey.

1911 saw King George V grant a Royal Warrant to Asprey in their capacity as trunk makers.

In 1920 Edward The Prince of Wales granted Asprey a Royal Warrant in their capacity as silversmiths. 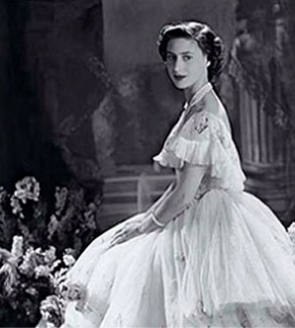 In 1925 HM Queen Mary commissioned Asprey to craft a pearl necklace, which was later given to HRH Princess Margaret on the occasion of her 18th birthday. Princess Margaret is shown above wearing this splendid creation. The Meander or Greek Key symbolises eternal life, eternal love and eternal friendship which is why antiques adorned with it are often given as marriage gifts.

In 1930 Maharaja of Patiala commissioned five trunks, one for each of his five wives. A superb fully hallmarked Asprey ultra vanity. Bold linear engine turned designs and the emerald and diamond set thumb catch set this piece apart as a stunning Art Deco antique. The thumb catch depicts the rising sun emerging from behind a skyscraper - one of the most well recognised Art Deco design features. The rose gold border adds a contrasting warmth to this piece. The compact was imported into London by Asprey in 1938. Measures just over 6.5 cm X 6.5 cm & weighs 103.6 grams. 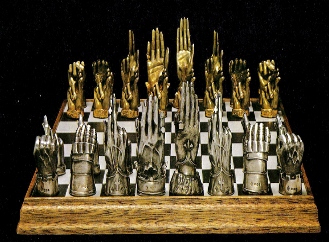 Asprey was commissioned to make the gold & silver plated chess set shown above by George Harrison in 1973. It is said that Ringo Starr learned to play chess during the making of the Sergeant Pepper album which was released in 1967. The hands were designed by Robin Crookshank. They are said to be modelled on the hands of Ringo Starr and they include the rings worn by the Beatles drummer.

In 1975 Asprey received the Queen's Award to Industry by Queen Elizabeth II. In 1979 during a State visit Mohammed bin Rashid Al Maktoum, the ruler of Dubai, presented Queen Elizabeth II with the Asprey sapphire and diamond set shown in the photograph above.

In 1990 Asprey and Garrard merged. 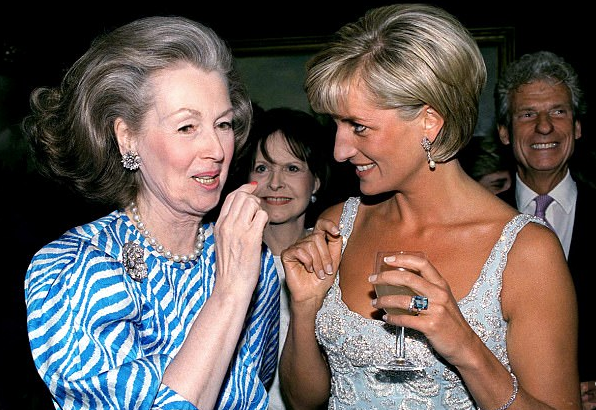 In 1997 Princess Diana commissioned Asprey to make her a ring made from an emerald cut aquamarine surrounded by solitaire diamonds set into 24 carat gold. The image above shows Princess Diana wearing this splendid piece. She is pictured with her step-mother Countess Raine Spencer at Christie’s Auction.

2002 is the year which saw Asprey and Garrard split.

In 2004 Lord Norman Foster redesigned the flagship store located on New Bond Street, London. This tranquil haven is shown above.

Jeweller Shaun Leane's and Asprey's Fern Collection is a limited edition line of emerald, diamond and platinum jewellery  The collection includes a ring set with a large emerald entwined by a diamond and emerald studded leaf. Matching earrings with pear and oval shaped emeralds framed by highly stylized ferns and the most splendid collar necklace form an enchanting collection.

As befits Shaun Leane's talents he has collaborated with other world famous jewellers, such as Boucheron, De Beers and Forevermark. 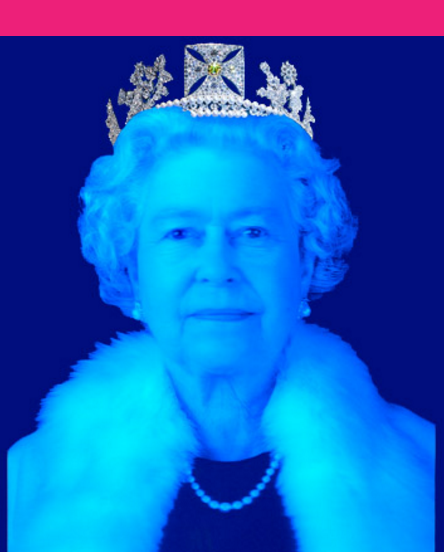 In 2012 one of the world's greatest light artists, Chris Levine and Asprey joined forces to create a tribute to Queen Elizabeth for The Diamond Jubilee.

The holographic image of Queen Elizabeth was overlaid by this remarkable creation.

In 2013 Asprey was granted a Royal Warrant of appointment to the Prince of Wales. 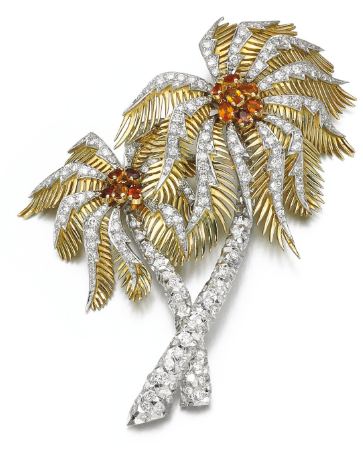 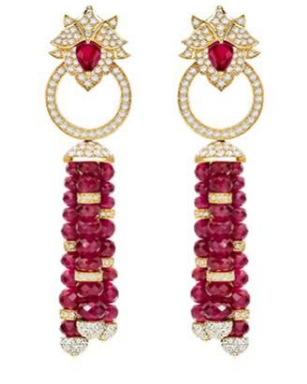 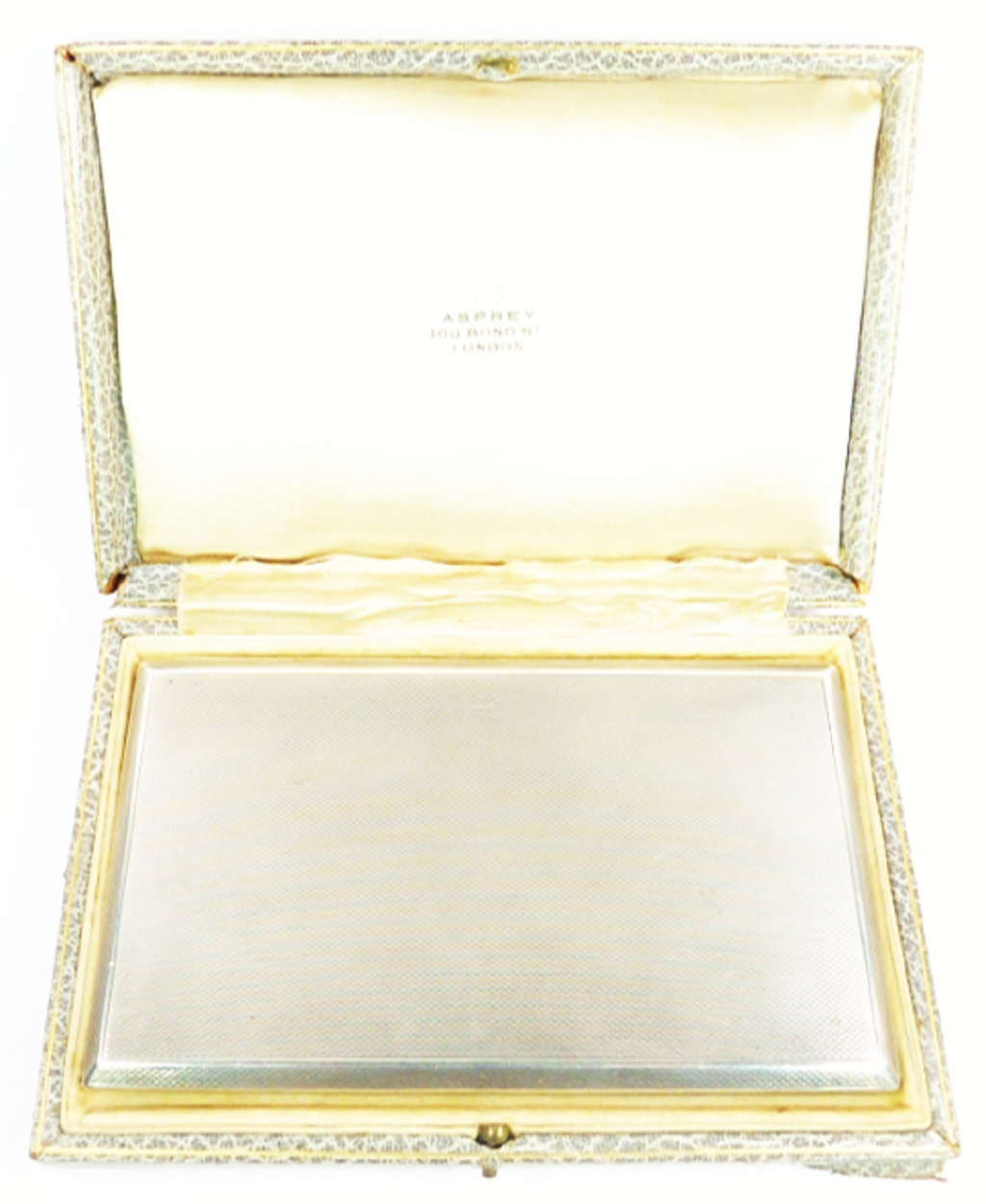 The hallmarked Asprey sterling silver cigarette is presented in the original leather clad and silk lined presentation box. The lid, base and sloped shoulders have an engine turned design of tiny diamond shapes.