Since the time of the Assyrian empire charms attached to bracelets and necklaces have adorned those wishing to have the protection of a talisman & also by individuals carrying out ritualistic rites. The Babylonians, Persians and Hittites used charms in their worship and as amulets. 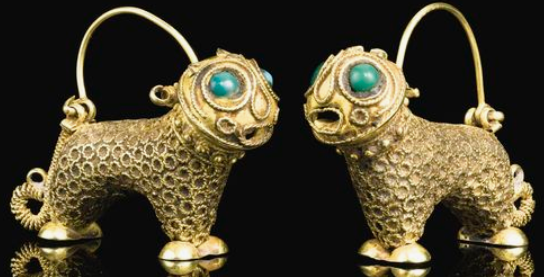 A stunning pair of gold earrings crafted from hammered gold. These sylized lions have turquoise eyes. 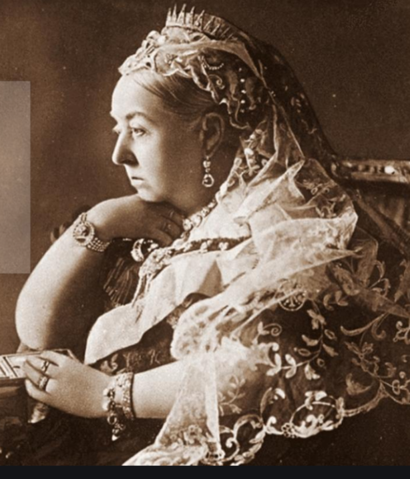 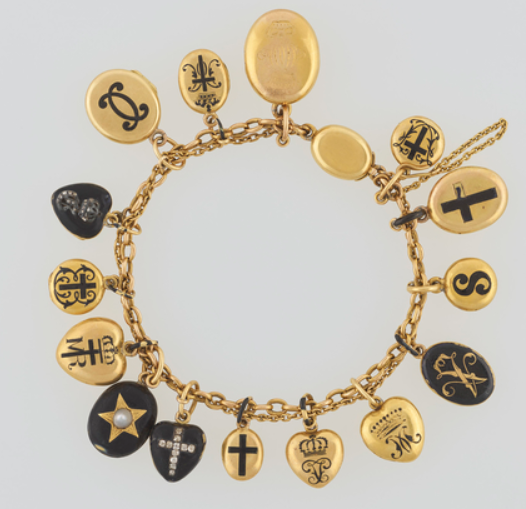 The Royal Trust, “One of the mourning bracelets she wore constantly after Albert’s Death, consisted of sixteen various oval and heart shaped lockets, enameled in black on gold. Some set with jewels, others engraved, several with inscriptions and miniature photograph of male head comprise this bracelet which was worn.” 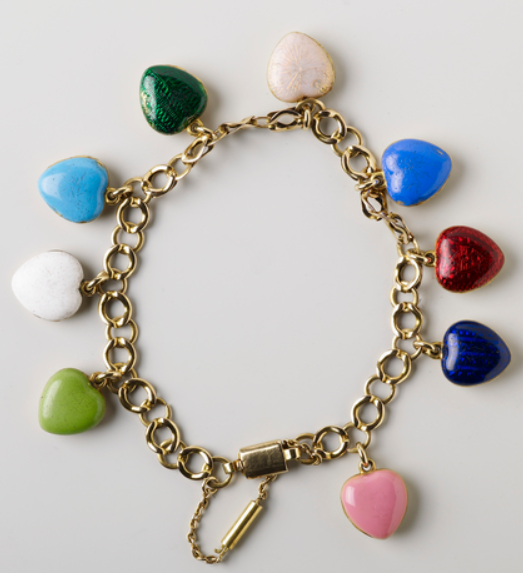 The Monarch also wore a bracelet which paid tribute to her children. The bracelet is described below:

The Royal Trust Collection “it is a gold chain bracelet with nine enameled heart shaped lockets of different colors; containing the hair of Queen Victoria's children. This simple chain and locket bracelet is typical of the sentimental items Prince Albert gave to the Queen on November 24, 1840. The inscription on the clasp states that it was given to her three days after the birth of their first child, Victoria, The Princess Royal. A locket was added for each subsequent birth, each one containing a lock of the child's hair and inscribed with the name and date of birth."

"Both bracelets were part of a group of jewels placed in the 'Albert Room' at Windsor Castle after the Queen's death in 1901. This was the room in which Prince Albert had died in 1861 and the Queen left instructions for a specific list of personal jewelry to be placed there and not passed on in the family."

The Victorians were particularly sentimental and master gold & silversmiths of this era made world class pieces which are still sought-after and valuable today. Charm bracelets reflect the sentimentality of this era and beyond.

Across the pond Tiffany & Co. listed their first charm bracelet for sale c.1898. The now iconic Tiffany charm bracelet was a simple design with a single signed heart.

You would think that the Great Depression would have dented the call for charm bracelets but it is during these times that often the well heeled become even more wealthy. Charm bracelets set with diamonds were commissioned during this era.

In the 1940s servicemen would acquire locally made trinkets and charms to take home to their sweethearts. More than just gifts, these mementos would serve as reminders of the great sacrifices all had made during WWII and the locations where the servicemen were stationed.

The austerity of the 1940s and the increasingly traditional masculine roles women took on in the war effort required clothing that resembled that of the servicemen. Female workers in munitions factories and the Land Army wore coarse tough materials and of course, trousers, which ceased to have the stigma that they once had. The wearing of jewellery was considered superfluous and for workers in the munitions factories it would have been dangerous.

By the 1950s there was a huge desire for stylish and  feminine jewellery and clothes. The decade has often been referred to as one of ‘elegance and femininity’.  No doubt this trend followed the 1947 “New Look” collection by Christian Dior. Dresses with full skirts and tiny waistlines made a welcome change to the rough clothing worn during war work.

However, the popularity of charms and charm bracelets had not waned since the war years. Hollywood stars such as Elizabeth Taylor and Joan Crawford fueled the desire for jewellery that could be personalised. 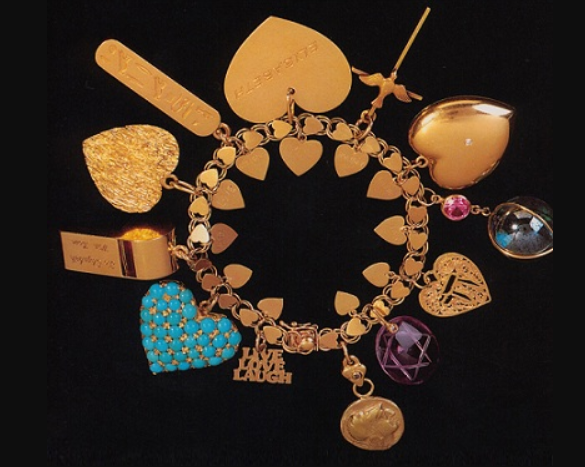 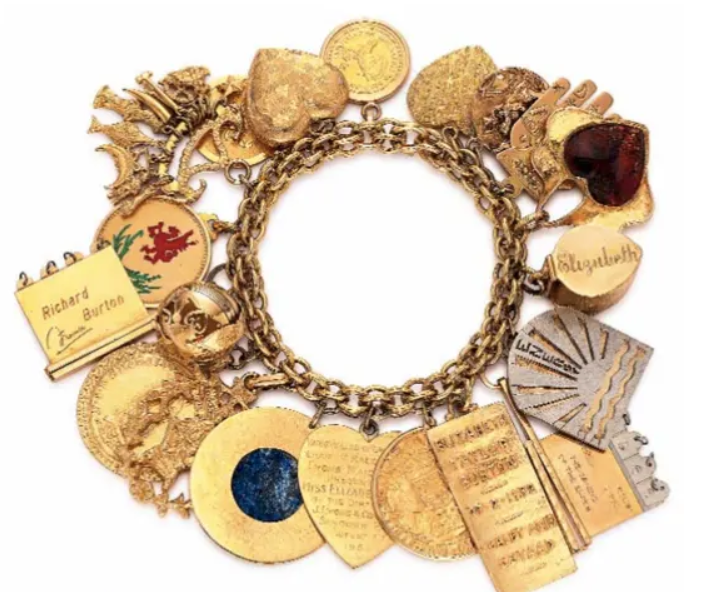 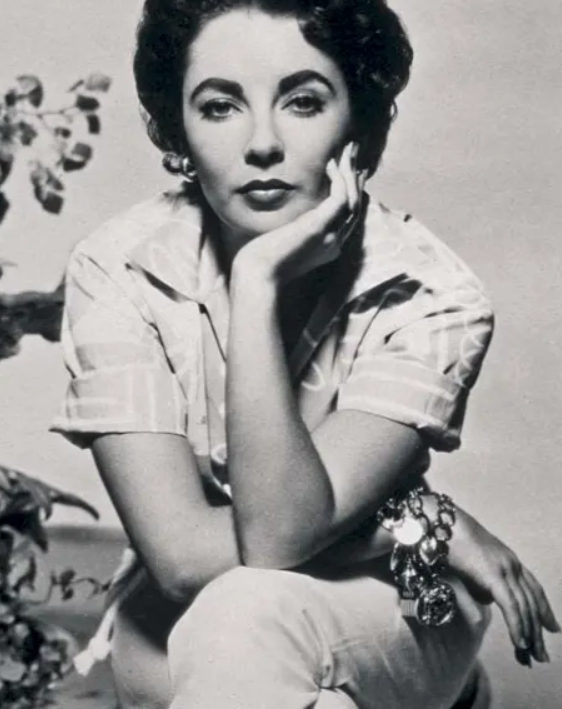 ELIZABETH TAYLOR ON THE FILM SET OF GIANT (1956)

By the 1960s it seemed that sterling silver charm bracelets were the must have item for most little girls and young ladies. Traditionally a little girl would be given a starter bracelet whilst still at primary school. Her subsequent birthday gifts would include solid silver charms to add to the bracelet. Often milestones such as her sixteenth, eighteenth and twenty first birthdays would be commemorated with the additions of charms that had meaning and relevance. This very personal type of jewellery continued to be fashionable right up until the 1970s.

The popularity of television programmes in the 1990s and noughties about antique collecting and antiques dealers has driven the demand for vintage charms and charm bracelets to new heights. Chanel bought ‘Hollywood’ glamour back to charm bracelets with their Russian Doll, Icon and Pirate charm bracelets. The Pirate theme was certainly inspired by the box office success of the Walt Disney Studios Motion Pictures ‘Pirates of the Carribean’ film.